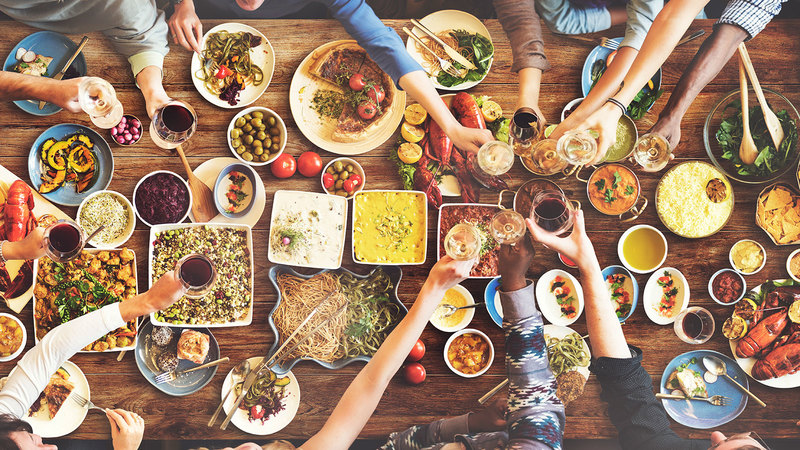 Going on a diet used to mean cutting out all “bad” foods and drinks in order to lose weight, and alcohol was typically the first to go. Not only does it add extra calories, but it also makes it easier to store carbs as fat instead of burning them off. But for many people, sticking to an eating plan that forbids booze is not only unpleasant and difficult, but also unlikely to be sustainable for long-term goals.

Fortunately, dieting now can mean many things, from limiting consumption of inflammatory foods to cutting out gluten to adopting the eating patterns of a specific region. And it’s about more than just dropping pounds: Maintaining heart health, boosting your immune system, correcting a health condition or simply keeping eating habits in check are all common reasons for following an eating plan.

Research has shown that, even if you are dieting in order to lose weight, you don’t have to omit wine from your lifestyle. In fact, some of today’s most popular diets allow (and, in some cases, encourage!) moderate wine consumption.

Of course, not all wine lovers are created the same, meaning different diets will have the different effects on everyone. Taking into account your own lifestyle preferences, and consulting with your doctor about your health and health-related choices, will help you choose what’s right for you.

Here are five popular, wine-friendly eating plans that you’ve probably heard of, with input and advice from experts in the health and wellness field.

A favorite among wine drinkers, the Mediterranean diet emulates the eating patterns of people native to areas that border the Mediterranean Sea, such as Italy, Greece, southern France and Spain. Characterized by fruits, vegetables, seafood, nuts, whole grains, olive oil and moderate wine consumption, the diet has been shown to have numerous benefits, including better liver health and lower weight gain.

Moderate wine consumption was included in this diet primarily because it’s part of the traditional habits of people who live on the Mediterranean, but wine’s science-backed potential health benefitsare why it remains part of the plan.

“I counsel patients naturally to be more Mediterranean and to be flexible with it and have a more well-rounded look on life,” says New York– and New Jersey–based registered dietitian-nutritionist Vanessa Rissetto, noting that the Mediterranean diet is not so much a strict set of rules as it is a lifestyle choice. “On the Mediterranean diet, you can totally have wine [because the diet is] low on carbs, and it’s low on fat, so when you’re drinking alcohol, it’s not going to affect you so much.”

But though the diet is pretty lax on rules, frequent wine drinkers still need to be mindful of what they’re consuming. “Recently, I had a client who’s a collector of wine—he had like 800 bottles in his apartment—and he’s like, ‘I drink [frequently]. On a Thursday night, my wife and I will split a bottle of wine,'” Rissetto said. “So I had to really focus on lessening the carbohydrate load of his daily intake so that he could lose weight and still drink wine.”

The DASH (Dietary Approaches to Stop Hypertension) diet is a close cousin of the Mediterranean diet, crafted with blood pressure in mind. It emphasizes fruits, vegetables, whole grains and low-fat dairy products, while limiting fats.

Unlike the Mediterranean diet, DASH neither prescribes nor prohibits alcohol consumption. But the MIND (Mediterranean-DASH diet Intervention for Neurodegenerative Delay) diet, a hybrid of the Mediterranean and DASH diets that was crafted by researchers who believe it can reduce cognitive decline as people age, does include wine.

What sets this diet apart is the reason most people are on it: Inflammation can manifest in the body in a number of ways, including arthritis, asthma, heart disease, weight gain, gut problems, skin issues and more. Adhering to an anti-inflammatory diet can help with one or a combination of these problems.

Similar to the Mediterranean diet, there is no list of specific foods that you can or cannot eat on an anti-inflammatory diet; it’s more of a road map for the types of things you can consume. Anti-inflammatory foods that are encouraged include leafy greens, healthy fats such as fish and nuts, and wine in moderation.

Want to learn more about how wine can be part of a healthy lifestyle?Sign up for Wine Spectator‘s free Wine & Healthy Living e-mail newsletter and get the latest health news, feel-good recipes, wellness tips and more delivered straight to your inbox every other week!

Red wine in particular is considered part of this diet because it contains naturally anti-inflammatory polyphenols such as resveratrol. “The antioxidant properties in red wine can help prevent free radical damage, which is a contributory factor in promoting inflammation the body,” said Tracy Lockwood Beckerman, a registered dietitian in New York City and founder of the company Tracy Nutrition.

However, she points out, while studies have been done on resveratrol as a supplement to help with issues such as joint pain and diabetes, there is no proof yet that the amount of resveratrol found in one glass of wine would be enough to make an impact—and drinking beyond recommended limits in order to get those health benefits is highly inadvisable. It’s better to stick to a balanced diet of anti-inflammatory food and beverages.

“This is a diet mainly for patients who have celiac [disease], or gluten sensitivity,” Dr. Bindiya Gandhi, a Georgia-based physician, told Wine Spectator. “I will also recommend this diet to patients with inflammation, PCOS [Polycystic Ovary Syndrome] and autoimmune issues.”

The name should tip you off to the fact that on this diet, you are supposed to avoid gluten, a protein found in wheat, rye, barley and some other grains. You can have as much wine as you want (though we still recommend drinking in moderation for your overall health).

However, while wine in general is considered gluten-free, those who are especially sensitive to gluten should pay close attention to exactly how their wine is made. Gluten can sometimes be an ingredient in some fining agents or in wine-barrel sealants. Even then, though, gluten levels likely wouldn’t be high enough to register in your body. But if you want to ensure you’re strictly sticking to the gluten-free diet: “Ask wineries how their products are made, go on their website to learn more … or purchase certified gluten-free varieties to guarantee there is no gluten,” said Beckerman.

From WW, the company formerly known as Weight Watchers, WW Freestyle is a personalized weight management program that assigns “SmartPoints” to different food and beverage items based on calorie, saturated fat, protein and sugar content. And while nothing is off limits on this diet, budgeting your points is key: Each member is assigned a limit to the number of points they should aim to consume each day, based on their height, weight, sex and age.

After black coffee, wine is the second most-tracked beverage by WW Freestyle members. Most wines average about four or five SmartPoints per serving. (WW has launched its own line of wines that clock in at 3 SmartPoints per 5-ounce serving.)

“While the SmartPoints system nudges people toward a healthier eating pattern—distilling complex nutritional information into one number—everything is on the menu for members to enjoy, including wine,” a spokesperson for WW told Wine Spectator.

The ketogenic (or “keto”) diet has grabbed attention recently, but diet experts are very divided over its effectiveness, and it carries some health risks, so proceed with caution. The diet is centered on the idea of putting your body in the metabolic state of ketosis, when the body doesn’t have enough carbohydrates from food to burn for energy, so it burns fat instead. “Ketosis is achieved when you keep your carbohydrate intake to a minimum,” Beckerman said. “Some keto proponents recommend less than 20 grams per day.” Of course, exact carbohydrate limits will depend on the individual.

Though keto has become trendy for its potential for weight loss, its original intent was to address specific medical conditions. Keto can benefit patients with epilepsy, multiple sclerosis and diabetes, said Dr. Gandhi.

If you consult your doctor and decide to give it a try, know that you can enjoy a glass of wine on this diet. The strict carbohydrate budget might have you doing some mental math to see how much you can “afford” to drink. A 5-ounce glass of dry white or red wine contains about 3 to 4 grams of carbs, making it a better option than most beers, and a far better choice than mixed drinks such as rum and cola, which can clock in at upwards of 20 grams of carbs per serving. However, a typical 3-ounce pour of a dessert wine would run you about 12 grams.

And of course, as with any diet, there’s always the reminder to keep track of what you’re drinking, drink in moderation and, above all, make sure your eating plan is right for your personal wellness goals. 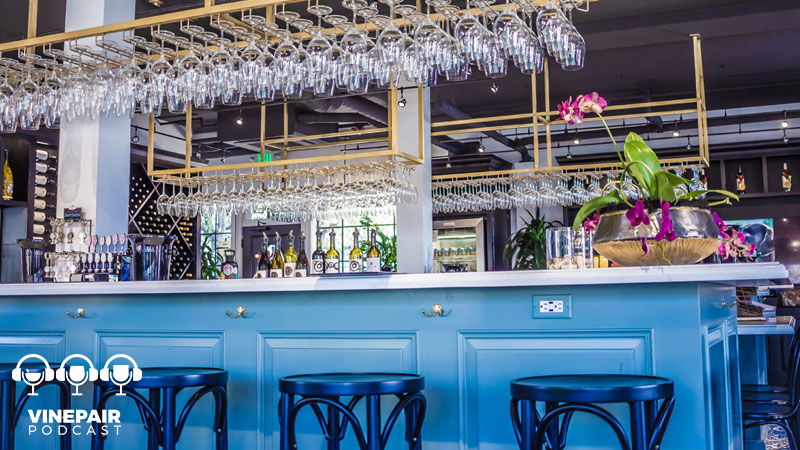 What Makes a Good Wine Bar?

The Platonic ideal of the wine bar is a glorious place: an endless array of interesting and unique bottlings, served ... 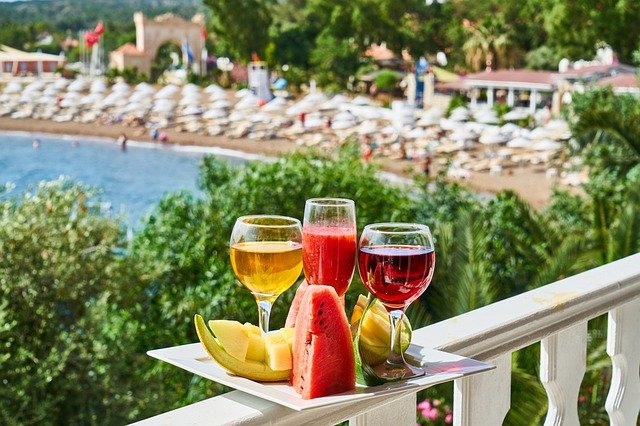 If you are interested in finding a great vacation or honeymoon destination where you can do many different activities such ... 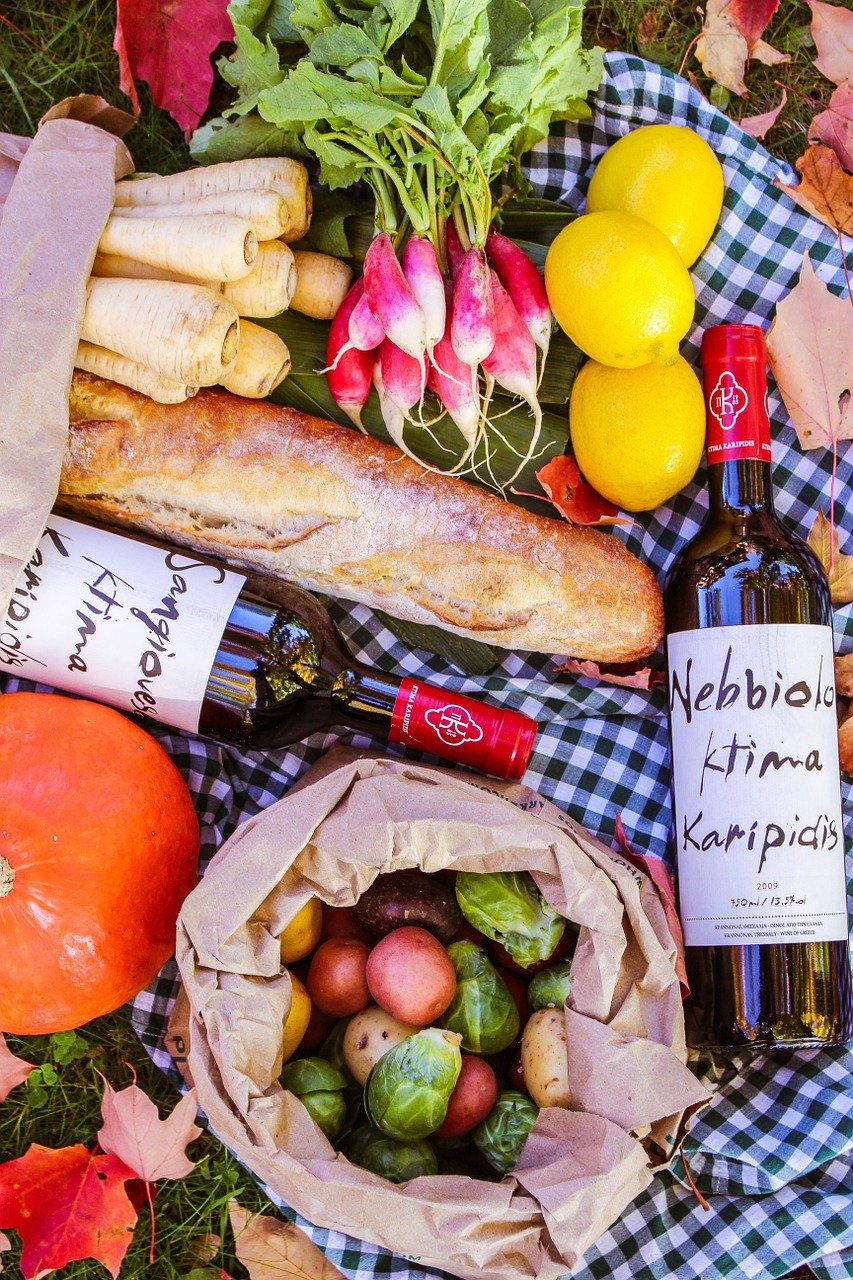 Food & Wine Magazine is an American monthly magazine printed by Meredith Corporation. It was originally founded in 1978 by ...